The Junkers Ju 52 was an early tri-motor transport plane known primarily for its use by Germany during World War 2.

However, it was initially designed as a passenger and cargo aircraft, and it served in almost every role during the war.

From carrying civilian passengers and Nazi paratroopers, to bombs, cargo, and even minesweeping equipment, it could do almost everything.

The Ju 52, nicknamed Tante Ju (Aunt Ju), quickly became the backbone of the Luftwaffe’s transport fleet, becoming to Germany what the DC-3 was to the United States Army Air Force.

Here are 10 fast facts about Tante Ju that you probably didn’t know!

It was originally built in Germany for Deutsche Lufthansa, but production continued after the war elsewhere.

Production lasted over 20 years, starting in 1931 in Germany and ending with the final Spanish built planes in 1952.

Some users of the Junkers Ju 52, most notably Norwegian Air lines, attached floats to the aircraft and used them for passenger travel.

#8. It Was Originally Built as a Single Engine Aircraft

The Ju-52 was designed to use a single engine, either a BMW IV or Junkers V-12.

The performance was disappointing, and only the first 7 prototypes were built with a single engine.

All of the subsequent Ju 52’s produced used a trio of BMW 132 air-cooled radial engines.

BMW received a license to produce the nine-cylinder P&W R-1690 Hornet engine in 1928.

Soon afterwards, they modernized and updated the design, resulting in the BMW 132, which was then fitted to the Ju-52 and several other designs.

On the Ju 52, the BMW 132 engines used a 2-bladed variable-pitch propeller and was rated at 725 horsepower each.

Due to its early development, the Ju 52 was widely sold overseas, and several countries used them in military conflicts before the start of WW2.

Columbia equipped several Ju 52 with floats, and used them as bombers during the Colombia-Peru war of 1932-1933.

It was also widely used as a bomber and transport during the Spanish Civil War starting in 1936, leading to our next fact…

#5. The Ju 52 Participated in the First Large Scale Carpet Bombing

The first mass bombing of civilians by aircraft occurred during the Spanish Civil War.

18 Ju-52 bombers participated in the bombing of Guernica, a Basque town in the northern part of Spain, on April 26, 1937.

The bombing caused much controversy, resulting in war crimes accusations, and inspired Pablo Picasso to paint his famous work, Guernica.

#4. It was the Chosen Plane of Several World Leaders

Adolph Hitler used a Lufthansa Ju 52 during his political campaigns in 1932.

After becoming Chancellor in 1933, was provided a personal Ju-52, which he named Immelmann II, after World War 1 ace Max Immelmann.

The Immelmann II remained in service as his backup transport, however.

#3. It Participated in the First Large Scale Airborne Assault

Over 500 Ju-52’s were used as transports for the German Fallschirmjager (paratroopers) during Operation Mercury, the airborne invasion of the Greek island of Crete.

Of the participating Ju-52’s, over half were shot down, and many more were damaged.

Due to heavy losses of both aircraft and troops, the operation led Germany to change their paratroop doctrine, never again employing them on a large scale.

#2. It was the Main Supply Airplane on the Eastern Front

As the fortunes of the Wehrmacht ebbed and flowed in Russia, the Ju-52 was used to supply troops cut off during the fierce Soviet counterattacks.

Often, groups of soldiers were surrounded, resulting in “pockets” of resistance, relying on the air transport provided by the Ju-52 to supply them.

The Demyansk Pocket, from Feb. 8 to April 21, 1942, was the most successful use of air transport to supply troops that were cut-off, but they were not as successful in supplying Stalingrad nearly a year later.

Due to the slow speed and lack of armor, the Ju-52 was vulnerable to fighter interception and anti-aircraft fire.

This resulted in less than 200 Ju-52’s that the Luftwaffe had left when Nazi Germany surrendered. 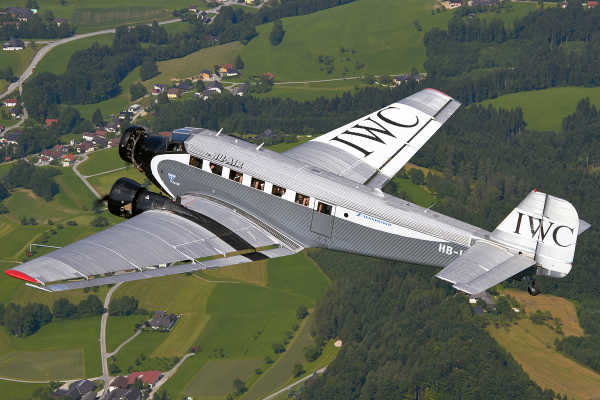 See 10 fast facts about the Junkers Ju 52, an airplane with a very rich history. It was most commonly used by the Germans, but other countries found it useful as well.