Rob V. founded Century-of-Flight.net in October of 2019. His passion for aviation and its history stems from his own history as an aviator.

Upon graduating from college with an MBA, he attended a small flight school in New Jersey and became a licensed private pilot in 2008.

After graduating from flight school, he worked as a full-time CFI for schools in both New Jersey and Florida, accruing more than 1,500 hours of total flight time, as well as 1,000 hours of instruction given.

Rob briefly worked for a commercial charter operation out of Stuart, FL, flying Piper Navajo aircraft throughout Florida and the Caribbean.

Rob currently resides in Jupiter, FL with his wife of 5 years. 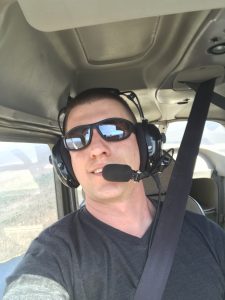 Keith S. began writing for Century-Of-Flight.net in November of 2020.

Being a well rounded aviation professional with experience in professional flying, airport management, airport firefighting and air traffic control allows him to share a lot of insight on common aviation topics.

His aviation journey started in 2008 at Trenton-Mercer Airport in NJ.

This is where he attained his commercial pilot certificate and graduated with a degree in Aviation Flight Technology from Mercer County Community College.

During college he also worked line service at the FBO, basically living at the airport!

He went on to continue his studies and graduated with a degree in Air Traffic Control from Beaver County Community College and a B.S. degree in Business Administration from Rider University.

After college he started working professionally in Airport Management with an Airport Operations job at MMU in Morristown, NJ.

After MMU he also worked in Operations at HPN and MYR.

Eventually he combined his passion for aviation with his years of service as a volunteer firefighter. He now works at MYR as an Airport Firefighter.

When he is not at the firehouse he enjoys flight instructing and is well on his way to gold seal status.

His commercial pilot experience also includes working as an aerial applicator and a Part 135 charter pilot.

He currently lives in Myrtle Beach, SC with his wife of 4 years. 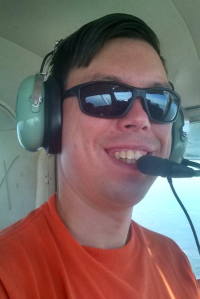 Joel N. started writing for Century-Of-Flight.net in October of 2020.

As a kid, his parents gave him the nickname “Head-in-the-clouds” because he was always daydreaming, but it wasn’t just that. He loved looking up at the sky and watching the jets fly by, and to this day has to stop to gaze like a toddler when the drone of a piston-engine plane flies overhead.

While a teenager, he spent way too much time playing combat flight simulators and reading books on space travel, which eventually led him to major in Aerospace Engineering at Illinois at his hometown of Champaign-Urbana, Illinois.

Shortly after moving to Indiana for work, a fellow coworker offered to take him for a ride in his 4-seat Socata Tampico. It was his first time in a light airplane, and he was hooked, immediately signing up for lessons at the local airport. After a year or so of lessons, he was christened with a shiny new pilot license and was itching for more.

This led him into airplane ownership. After 4 years of adventure in his Cessna 150, he’s upgraded to a Cessna 177 Cardinal and has around 380 flight hours.

He currently lives in Bloomington, Indiana with his son.