From the Wright Brothers to Charles Lindbergh to Amelia Earhart, Chuck Yeager and John Glenn, aviation history is replete with larger than life heroes.

Men and women who blazed the trail for the modern aviation industry.

Among these we must include the enigmatic Howard Hughes Jr. who, unlike anyone before or since, pushed the aviation cause forward, both as a pilot and as a businessman.

While official birth records are unavailable it is generally conceded that he was Born December 24, 1905 in either Humble or Houston, Texas.

Died April 5, 1976 in Houston, Texas. Technically, he died in an airplane flying over Mexican airspace enroute to Houston.

Children: None of Record

As a young boy, Howard was in awe of his father and extremely devoted to his doting mother.

Taking after his father, he was a mediocre student at best but enjoyed mathematics and had an aptitude for mechanical implements.

At the age of 11 he built the first wireless radio transmitter known to Houston.

The following year he is depicted in a local newspaper with the first “motorized” bicycle in the Houston area, a device Howard Jr. had built with spare parts from his father’s steam engine.

During his youth, his mother was so obsessed with Howard Jr.’s health, it no doubt contributed to his hypochondriasis that would manifest later in life.

At age 13, Howard Jr. mysteriously lost the use of his legs for two months. Doctors could never determine why.

Nor could they explain his sudden and miraculous recovery.

Despite Howard Jr.’s academic mediocrity, Howard Sr. was determined to give “Sonny” as they often called Howard Jr., the best education possible.

To that end, at the age of 14, Sonny boarded a train bound for Boston where he attended the Fessenden School.

Howard Sr. hoped the school would help to prepare Howard Jr. for Harvard.

And while he did work hard during his time at Fessenden, what Howard Jr. came to excel at was golf.

It was during his time at Fessenden that during a visit with his son, Howard Sr. begrudgingly took Sonny for a $5 airplane ride on a Curtiss Seaplane.

This was a watershed moment in the life of Howard Hughes Jr.

This event ushered in what would be a lifelong love affair between Howard Hughes Jr. and aviation.

Upon his graduation from Fessenden, his father enrolled Howard Jr. in a prep school closer to home, the Thatcher School located in Ojai, California.

Soon thereafter his mother, Allene, died at the age of 39 from complications of an ectopic pregnancy.

Howard Sr. was so devastated by his wife’s death that in order to assuage his loneliness at the loss of his wife, he subsequently removed Howard Jr. from school to allow them more time together.

Only two years later, Howard Sr. would himself die from a heart attack.

While his father was still living, Howard Jr. attended California Institute of Technology and later Rice University studying engineering but withdrew from school shortly after his father’s death.

At the age of 19, Howard Hughes Jr. was declared an emancipated minor and awarded 75% of his fathers’ substantial estate.

This gave Howard Jr. complete control over his life and circumstances.

At times he was adulated as a genius.

At other times he was derided as undisciplined and naive.

According to biographer Noah Dietrich, “Land became the principle asset for the Hughes empire.”

This investment sheltered the profits his companies made.

A lifelong aircraft enthusiast and pilot, Hughes participated heavily in the Aerospace and Aviation Industry, at one point owning nearly every signification aviation speed record to include the U.S. Transcontinental and Round the World Flight Records.

Included in his aviation experience were 5 crashes including the near fatal crash on July 7,1946 of the Hughes XF-11.

Many believe this crash was the beginning of the end for Howard Hughes Jr. as he suffered serious injuries which caused him constant and severe pain for the remainder of his life.

The Hughes Aircraft Company was founded by Howard Hughes Jr. in 1932 as a division of Hughes Tool Company.

It was both during and after WWII that Hughes turned Hughes Aircraft into a major defense contractor.

He started the Hughes Helicopter Division in 1947.

Hughes Helicopter produced the Vietnam Era Military Helicopter known as the “OH-6 Cayuse”, an aircraft I was privileged to fly for a number of years while in the Utah National Guard.

The Cayuse was considered by many in the Army Aviation Community to be the most crashworthy aircraft in the Army inventory.

Between 1939 and 1980 the Hughes Corporation owner and/or operated a number of Commercial Airlines to include TWA, Airwest and Northeast Airlines.

The fact that Howard Hughes Jr. was a reclusive, eccentric hypochondriac with OCD and later dementia is well documented.

This condition worsened as he grew older and while he was never declared mentally incompetent, it significantly impacted his business empire.

Hughes spent the last 10 years of his life living in various hotels that he either bought or rented the entire penthouse floor.

His health in an ever-increasing downward spiral, he became addicted to codeine, self-administering injections virtually at will.

Upon his death from kidney failure at 6’ 4” tall, he weighed approximately 90 pounds. 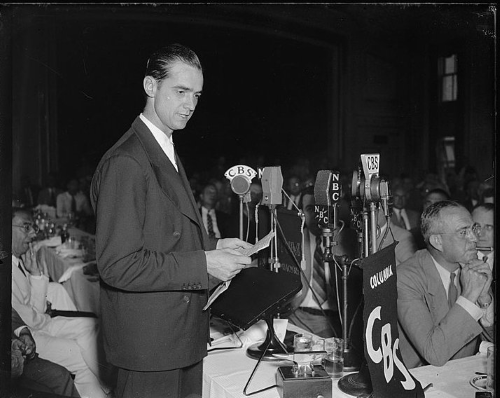 The life of Howard Hughes, the aviation inventor, pioneer, and business magnate, is an interesting one. Check out our mini Howard Hughes bio to learn more.