By definition, Controlled Flight Into Terrain (or CFIT) occurs when an airworthy aircraft, under control by a qualified pilot unaware of his position, flies into the ground, water, or obstacles.

We can assume that a typical pilot or flight crew will not knowingly fly into the ground or an obstruction!

According to the FAA, 17% of all general aviation fatalities are the result of CFIT.

The obvious, and key cause of CFIT accidents is loss of situational awareness.

What is also troubling is that CFIT events may occur in any weather conditions and at any time—day or night.

The top ten leading causes of fatal general aviation accidents from 2001 to 2013 were:

For example, data from the FAA reports that in 2015, 384 people died in 238 general aviation accidents, and CFIT was the second leading cause of fatal aircraft accidents.

Over the last several decades, there have been approximately 40 CFIT accidents per year, at least half of which were fatal accidents.

Since many of the pilots involved in GA CFIT accidents are fatalities and most GA aircraft are not equipped with data recording systems, the lack of GA CFIT accident data is and will remain a problem for accident investigators.

Crewed aircraft—i.e., two pilots—are less likely to be involved in a CFIT incident, but they are not immune.

Such was the case with Asiana Airlines flight 214, the result of that flight seen in the photo above.

Unless the crew has been trained in Crew Resource Management (CRM) techniques, a second pilot can actually be a distraction in certain circumstances.

With a properly trained crew, the second pilot may make the difference between a safe flight and a CFIT accident.

Crewed aircraft are typically operated by businesses or airlines that require training in CRM and are subject to direct oversight through increased training and periodic check flights.

Because a single-piloted, small GA aircraft is vulnerable to the same CFIT risks as any aircraft, but with only one pilot to perform all the flight and decision-making duties, that pilot must be better prepared to avoid a CFIT accident.

It is the responsibility of the single pilot to ensure he or she is trained, meets all regulatory requirements for the flight, and has the self-discipline to follow recommended safety procedures to avoid CFIT accidents.

One example is making the decision to continue flight when weather or other conditions have deteriorated to minimum VFR visibilities or below.

Six of those pilots were instrument‐rated, five were not, and all were fatal accidents.

Flying at low altitudes exposes the aircraft to hazards such as power lines or towers, especially when flying at altitudes of 200-300 feet AGL.

Powerlines are very difficult to see until they are too close to avoid.

Hot Air balloons are specifically the most at-risk of this type of CFIT accident, as noted in the video posted below.

If it is necessary to fly low, when possible maintain 500 feet above the ground.

Any flight should include a preflight review of sectional charts for indications of towers, power lines, other obstacles, and terrain elevations.

Meteorological conditions can contribute to a CFIT accident, e.g., a high-density altitude (and altimeter not properly set).

Training is an important part of avoiding CFIT accidents.

Develop habits and attitudes for planning and flight that preclude faulty decision making that could result in a CFIT accident.

Avoid the attitudes like “these are just local clouds, it will clear in just a few miles” or “I am instrument rated, I can fly through this,” or “I have flown over here a hundred times with no problem.”

How to Avoid CFIT

Even on local flights in a familiar area, always have a current sectional chart available in the aircraft should you decide to, or need to, fly away from the immediate airport area.

For IFR flights, be sure to note the minimum Enroute Altitudes for all segments of airways and routes.

Part of basic and instrument flight training is to know the limits of the aircraft’s performance—for example the aircraft’s realistic maximum rate of climb and how to safely make an immediate 180-degree turn under instrument conditions.

Know your aircraft and its performance capabilities, so that you do not accept ATC procedures or instructions that would put you in a potentially dangerous situation.

In aviation, a Terrain Awareness and Warning System (TAWS) is an on-board system intended to prevent CFIT.

With proper preflight planning, the pilot will know where he is in relationship to terrain, and when the TAW issues a low altitude alert, the pilot will immediately begin a climb or turn to avoid higher terrain.

Several factors can still place aircraft at risk for CFIT accidents: older TAWS systems, deactivation of the EGPWS system, or ignoring TAWS warnings when an airport is not in the TAWS database.[

A modern TAWS works by using digital elevation data and airplane instrumental values to predict if a likely future position of the aircraft intersects with the ground.

With TAWS, the pilot is provided “early aural and visual warning of impending terrain.”

The basic TAWS functions include a Forward-Looking Terrain Avoidance (FLTA) function that looks ahead of the airplane along and below the airplane’s lateral and vertical flight path and provides suitable alerts if a potential CFIT threat exists;

There are several preflight and inflight planning and assessment tools, that if applied consistently, will reduce the chances of a CFIT.

For example, Safety Risk Management (SRM) is a vital part of knowing what you’re going into and understanding what capabilities and resources you must have to ensure a flight is completed safely.

Make use of a Flight Risk Assessment Tool (FRAT) to determine likely areas of potential danger from being too close to the ground.

Refer to Aeronautical Decision Making (ADM) and review  Pilot, Aircraft, Environment, and External Pressures (PAVE) to help you build a personalized risk assessment before a flight.

Too frequently, in flight conditions may not be as forecast, requiring the pilot to make on-the-spot decisions about continuing, diverting, climbing, descending, or returning to base to fly another day.

Be ready and willing to adjust your plan—do not allow “get-there-it is” to cloud your better judgement, resulting poor decision making.

Extended flights or having to make decisions, flying in less than ideal conditions, promote fatigue, and fatigue can affect decision making.

For longer cross-country flights, identify reasonable alternate airports where you can land and wait-out poor weather rather than making a poor decision.

Consider taking a CFIT Avoidance Courses for Pilots; in addition to some flight time with your instructor, you may want to check one of the following courses or resources like them:

The fact is, CFIT is the result of pilot error—an error due to lack of planning, lack of route familiarization, lack of fully understanding the aircraft’s capability, and/or lack of sound judgement and decisions influenced more by desire to reach a destination than managing the flight to ensure a safe outcome.

Keep your skills sharp between flights by flying simulators or flight training devices that include realistic graphics in unfamiliar environments.

If you do not fly often or need to brush up on your skills—schedule a proficiency training flight with a flight instructor.

We recommend FAA WINGS Pilot Proficiency Training, but no matter what program or instructor you choose, try to include some time for CFIT-avoidance scenario‐based training. 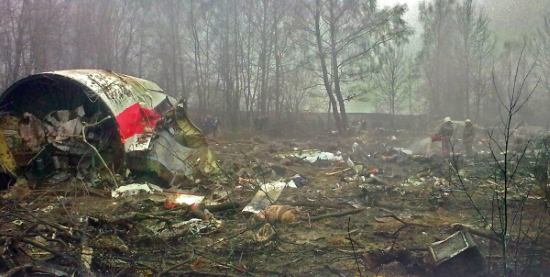 Controlled Flight Into Terrain, or CFIT, is one of the leading causes of preventable aviation accidents in the US. Learn how to avoid it and more here.