Every pilot is familiar with checklists.

Even on the simplest aircraft, there are tasks and actions that should be accomplished before, during, and after a flight.

Omitting or forgetting a key step can result in poor performance (leaving flaps down or mixture rich) or damage to the aircraft (failure to extend landing gear or advancing power without properly setting the mixture and propeller).

That is why pilots use checklists—to not forget or overlook something that may be critical to safe flight.

One particular checklist used for retractable-gear aircraft is called the GUMPS check, which is the focus of this article.

Why The GUMPS Check Is Important

Checklists are just that—making sure that pilots check and confirm the aircraft is properly configured for each phase of flight.

Obviously, the “before landing checklist” is especially critical because a safe landing is predicated on having the aircraft properly configured for landing, and also, for a “go around” or “balked landing” should something happen that creates a hazard during landing.

On aircraft that require a crew of two, often the non-flying pilot will read the checklist and each item will be accomplished and acknowledged.

Note, even this does not always assure that every key item has been accomplished.

Arriving at unfamiliar airports offers any number of distractions, including identifying the proper runway, radio calls at controlled airports, radio calls from other aircraft in the traffic pattern, questions or comments from passengers, etc.

Events that are especially distracting include spotting another aircraft—or birds—and having to take evasive action, or any other out-of-the-ordinary distraction.

The more complex an aircraft is, the more important the checklist is.

Military pilots flying high-performance fighters use checklists, either from an electronic display or a checklist strapped to their thighs and refer to it for each phase of the flight.

For most of us in the general aviation flying environment, the checklist is pretty simple, but no less important.

The GUMPS checklist is a mnemonic memory aid: mnemonic devices include acronyms and made-up words, e.g.., “GUMPS,” to assist in remembering a sequence of tasks.

Many pilots use “GUMPS” as a quick memory device to double check that the more formal checklist has been completed and that the aircraft is properly configured for landing.

Due to distraction and preoccupation during the landing sequence approximately 100 gear-up landings occurred each year in the United States between 1998 and 2003—and they continue to occur.

GUMPS Explained – The Hazard of Distractions

Arriving at unfamiliar airports, encountering a flock of birds, a radio call that interrupts the pilots task sequence, etc., can take the most experienced pilot out of his well-established routine and cause him to forget some key action needed for a safe landing.

Almost every instance of a “gear-up landing” could have been avoided by simply running through the GUMPS Checklist.

In an aircraft with a fuel selector valve, set the fuel to the tank with the most fuel or check that the selector is set to “Both” if that position is available.

The single most critical aspect of landing an aircraft with retractable gear is remembering to extend the gear in preparation for landing.

As mentioned, distractions are the key culprit responsible for unintentional gear-up landings.

As an illustration, here is a first-hand report from a USAF C-130 crewmember:

I was sitting in the jump seat behind the flight engineer. We were in a diving swooping turn, and we were all focused on whether-or-not we would “overshoot” the runway. This was “unusual!”

Rolling out on a short, 3/4 mile final, we began congratulating ourselves as my buddy rolled out perfectly on centerline.

I remember seeing all of us look up to the “landing data card” strategically placed in the “eyebrow” window above the co-pilot’s seat to see how our landing speeds (which change with the weight of the airplane) were doing.

We were right on—this would be “textbook.”

With a slight left to right crosswind and directly on centerline, my buddy with the left wing down correction touched down…

At first it felt like we had a flat tire. The airplane was “skipping” and felt very similar to a landing with a flat tire. But then…

But then the noise started!

The nose came down and we began sliding down the runway.

The high wings prevented the propellers striking the runway and we slid mostly straight for over 3000 feet.

The event was startling!

Between the shoulders of the Flight Engineer whose station is at the base of the console, and the IP in the right seat, the gear handle was in the UP position and a red light was glowing in the handle and there were three “UP” indications.

Like Luke Skywalker finding out that Vader was his dad, “NOooooo!!!!”

We had just landed with the gear up–my stomach was in knots.

If only we could be like Superman and back up time just a couple of minutes!

(Jeff Collins, excerpt from a post at AircraftSales US.)

If any one of the four crew members on the flight deck had run a quick GUMPS check, this would NOT have happened.

As part of the process of being prepared for a missed approach or balked landing, placing the mixture control to full rich is standard practice.

It assures full power without potential damage to the engine.

If the aircraft has a controllable pitch or constant speed propeller, the prop should be set to the high or maximum rpm setting.

Again, this is to be prepared for a “go around” when full power is needed.

Note, a safe landing, with no danger to the engine, can be made with the mixture in the lean position and the propeller in cruise setting.

If you must go around, however, applying full throttle with the mixture and prop not in the full forward position will not produce full power and can result in engine damage.

When flying a twin-engine piston-powered aircraft in the Air Force our standard operating procedure for landing included setting the mixtures to full rich and propellers to maximum RPM to ensure maximum performance in the event of a missed approach.

However, when flying for a regional airline using piston-powered aircraft, it was our company’s practice to leave the propellers in the cruise position for landing because management thought the sudden change in engine sound approaching to land would make passengers nervous.

On an FAA ATP check ride for the company, I had left the props at the cruise setting as we were making our final landing.

About 50 feet above touchdown, the examiner simply said, “Go around.”

Fortunately, my training kicked in and I immediately checked mixtures rich and props to full rpm before advancing the throttles—it only took seconds.

In the debriefing, the examiner said, “you left the prop control in the cruise position and I just wanted to see what you were going to do.” He was happy.

Check that all seatbelts are secured.

“Charlie GUMPS: “Charlie” adds the “C” to ensure the “Carburetor” heat is ON.

“GRUMPS – R” stands for Rudder trim on aircraft where that might be an issue.

“GUMPFS” includes all of the original checklist items (IE gas, undercarriage, mixture, props / pumps, switches), with the addition of F which stands for ‘Flaps’.

This is to ensure the flaps are in the appropriate configuration for landing.

Some instructors may add their own variations to the GUMPS check, which can be altered depending on the aircraft type.

When to run the GUMPS checklist

For VFR flights, complete the checklist prior to entering the downwind leg of a VFR traffic pattern.

On a straight in approach, complete the GUMPS checklist prior to reaching pattern altitude or as you enter the airport airspace.

On IFR flights, complete the GUMPS checklist at or before reaching the final approach fix.

Your aircraft may be more complex and have a longer pre-landing checklist, but a quick GUMPS check is always a good habit to ensure you are indeed prepared for a safe landing.

As you can see, the GUMPS check is one of the most important checklists anyone flying a retractable gear aircraft can follow.

Not only will it help to ensure the you lower the gear on final, but also helps with other critical tasks.

Feel free to leave your own personal modified GUMPS checklist in the comments section below.

After all, a good pilot is always learning! 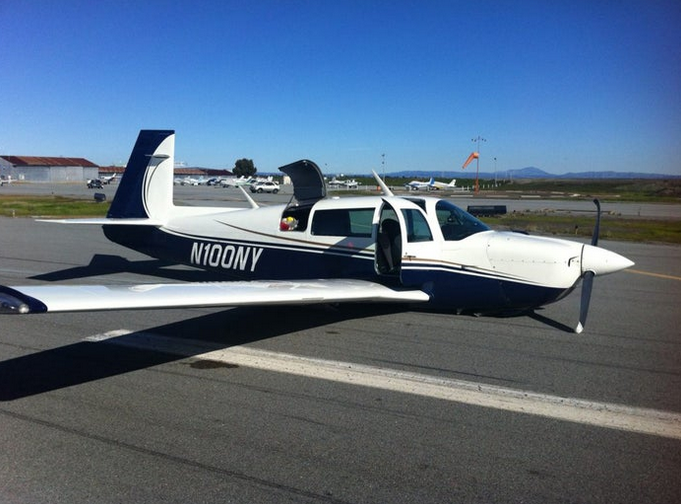 The GUMPS Check is necessary for all pilots flying retractable gear aircraft. Learn more about what the GUMPS check is, why it's important, and more.